Five percent of the world's population have had the experience of awaking paralyzed while a supernatural entity climbs onto their chest suffocating them, inducing a level of fear that is beyond imagination. These attacks have been known to erupt in epidemics, resulting in mass panic, post-traumatic stress disorder, and sudden unexplainable death. Even the baffled scientific community is divided between psychological and metaphysical explanations. In Roman times the entity was called The Succubus. In Russia it was known as The Vampyr. In Newfoundland it is called The Hag. The Vikings simply called it Night Mara, meaning "The crusher that comes in the night". Its face and name may change but it has always been with us... lurking in the shadows, waiting for us to fall asleep. Haunted by his own encounter with The Nightmare, documentary filmmaker Adam Gray sets out on a journey to understand this terrifying phenomenon. From the foggy shores of Newfoundland to the steaming jungles of Zanzibar we will see where the Nightmare has left its mark. Hear from those who have survived the experience, and the families of those that did not. Meet the scientists, psychologists, and folklorists on the front lines of the battle for understanding how something without material form can traumatize and even kill those that encounter it. The Nightmare is a fascinating exploration of a phenomenon that suggests that the only difference between hallucination and the supernatural... is belief. 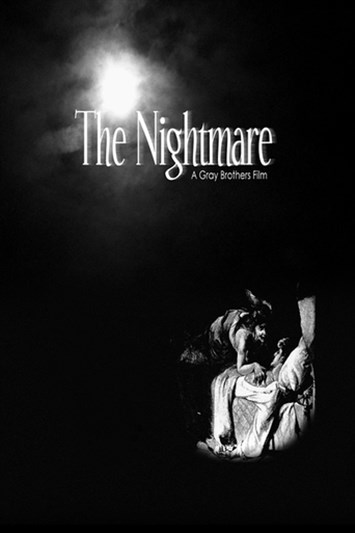