“Dirty Dancing” is a reimagining of the beloved 1987 hit film and global pop-culture phenomenon. This original movie event features the story from the original film told from a fresh perspective. Spending the summer at a Catskills resort with her family, Frances “Baby” Houseman falls in love with the camp’s dance instructor, Johnny Castle, and nothing is ever the same for anyone in the Houseman family. Modernized, updated versions of memorable, favorite songs including “(I’ve Had) The Time of My Life,” “Love Man,” “Do You Love Me,” “Hungry Eyes,” and “She’s Like the Wind” are teamed with well-known songs new to the world of Dirty Dancing (such as “Fever” and “They Can’t Take That Away From Me”), woven into the story and performed by the talented and versatile cast. Discover what happens to Baby and Johnny after that summer, and learn more about the supporting characters from the original film. 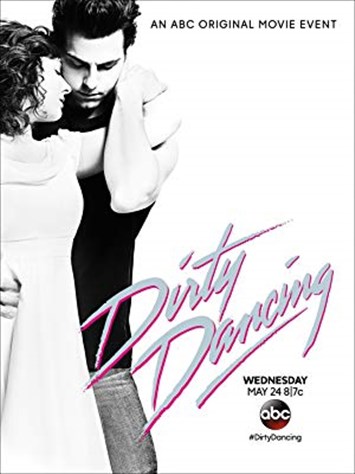