1928…Edgar Anscombe (Christopher Reeve) flies a Stearman biplane on the often-dangerous route from Pasco, Washington, to Elko, Nevada, for a ragtag airmail line. When he is forced to tail a spoiled, bratty and rich Tillie Hanson (Rosanna Arquette) on a flight, he is not a happy flyer and they become immediate antagonists. It is a bad flight for Edgar in more ways than one: the plane crashes in the mountains. A struggle for survival begins, including an attack by wolves. For Edgar, it is also a struggle to find a will to live (a previous accident scarred him emotionally). For Tillie, the struggle is one of learning to deal with the realities of life, concern for another person and just growing up. They will be rescued just in time, and they will have rescued themselves "where it counts." 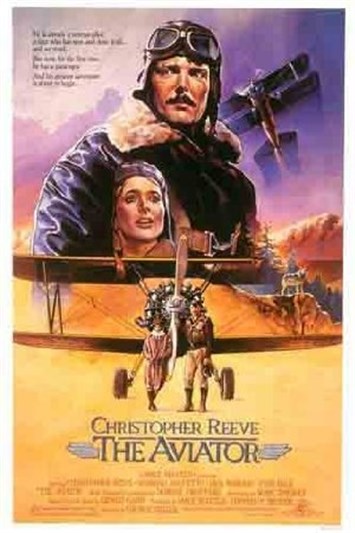