"Normally what they do if they're going to lose these ID cards, they melt their picture", Max says, kneeling in the dust amidst the dried out bushes, his rifle across his knee, cradling an ID card in his hand. "Because when I give this to the border patrol, they're gonna know you're in this country illegally," he continues, tension and emotion ringing through his voice, "and they're gonna be looking for you". "Alright then, we're on our way to the vast highway that leads to America", Max says, as he leads us down a well-worn path through the vast expanse of scrubland. Every day large numbers of Mexicans travel this route on the way to their new lives in the United States. While he has sympathy for the Mexicans crossing the border, Max feels that keeping them out is what is right for his country: "I know how much they have to deal with over there. It's nonsense. But, on the other hand, it's polluting my society". Enrique Morones is on the other side of the debate. He is a founder of 'Border Angels', which protects the rights of those trying to cross the border. He sees the equation differently: "Remember that the undocumented community is contributing billions to this country. Billions." This may be part of the reason the border remains so porous, but Max feels that is it people like him who suffer and that his past bears that out. "I lived in a fairly nice community. Then they started showing up. My company got rid of us because they could get cheap labour." Leaving the border after a straight 15 months there, Max is worn out. But he also has a sense of satisfaction; from helping his country, but also those he was trying to stop. "I'm proud because I've helped more Mexicans than I've harmed". Yet the reality is that the future for both the Minutemen and the illegal immigrants is looking bleak. The civilization Max returns to is still an unforgiving world, for both him and the immigrants. 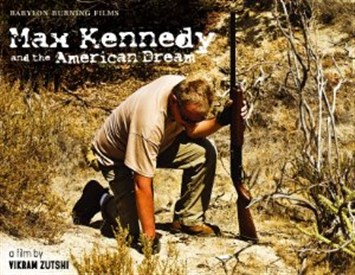