All the Rage: Saved By Sarno

Using a first-person approach to explore the work of renowned physician Dr. John Sarno and his radical methods to treating back pain, ALL THE RAGE examines the connection between emotions and health. Through interviews with Sarno, esteemed patients, and experts, the film invites viewers to profoundly rethink our approach to healthcare. He changed shock jock Howard Stern’s life. Veteran Senator Tom Harkin was inspired to campaign for his cause, and he gave comedian Larry David “the closest thing to a religious experience” he’s ever had. Dr. John Sarno’s bestselling book “Healing Back Pain” was first published in the 1980’s, and when co-director Michael Galinsky’s father read it he was cured of chronic whiplash. The book – which connects pain with emotions rather than structural causes – put Sarno at blunt odds with the medical system, which shunned his unorthodox approach. Many years later, when Michael was immobilized by excruciating back pain, he met with Dr. Sarno and was put on the mend. Thus began a 12-year odyssey to chronicle his personal journey of healing with the story of Dr. Sarno and his work. This artful and personal film, ALL THE RAGE, braids Galinsky’s universal story of pain together with the history of Dr. Sarno’s work, connecting the audience to both the issues and the emotions at play. Featuring interviews with Howard Stern, Larry David, reporter John Stossel, Dr. Andrew Weil, Senators Bernie Sanders and Tom Harkin, and other luminaries, ALL THE RAGE offers a profound rethink of our health care. 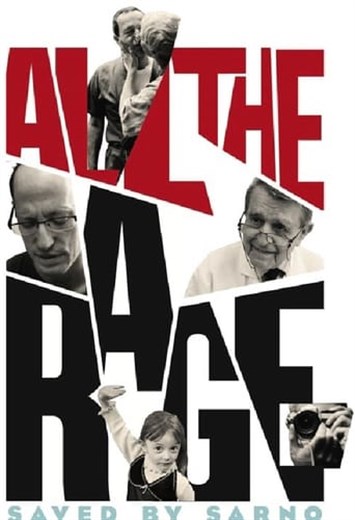