During WWII, Darrel was stationed in Europe. Andrew was fighting in the Philippines. In the chaos of combat, each stole valuable treasures and hid them overseas before returning to civilian life in America. Sixty years later, back in America, neither man seems remorseful about their war crimes. Both want to recover the treasures they perceive as their own. They don't know each other but they both happen to know Lance, an inventor, used-car salesman, and amateur treasure-hunter, who, against all odds and better judgment, attempts to help them find their lost looted goods. 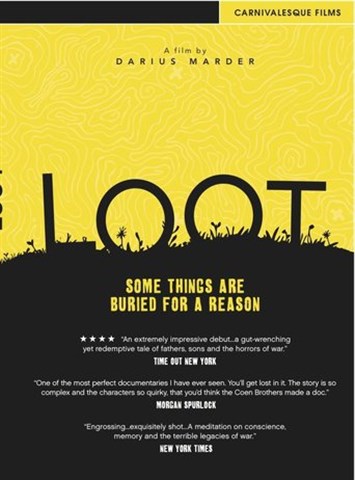