Árpád Pusztai and Ignacio Chapela are both distinguished scientists and their careers are now in ruins. Both made important discoveries in Genetic Modification research and both are now suffering the fate of those who criticise such work which is often dominated by financial interests rather than the public good. Take Árpád Pusztai - while working at the Rowett Research Institute, he conducted a series of experiments using rats in order to determine the long-term effects of GM food. The animals suffered from decreased metal capacity, shrunken genitalia and severely compromised immune systems. He published a damning paper which for two days made him a hero in the scientific community. Then (allegedly) U.S. President Bill Clinton personally called the head of the institute and Pusztai was sacked. Legislation allowing GM food to be developed and sold was duly passed worldwide. Huge corporations like Monsanto, are being allowed to subject us to products whose effects have not been fully tested, or have even been found to be harmful. Today, 95% of research into genetic engineering is paid for by industry interests and objectivity, supposedly the very core of scientific discipline, is a likely casualty. 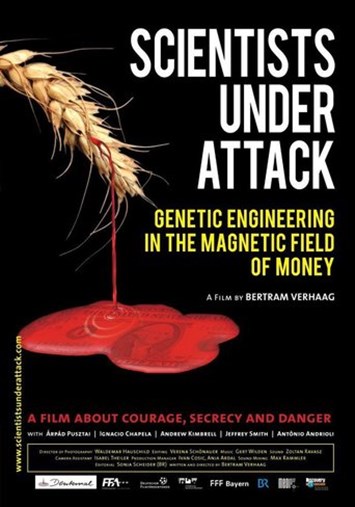