My Way to Olympia

Lej My Way to Olympia hos Itunes for 49 kr.
Menu

The film director Niko von Glasow undertakes a journey to athletes, who compete at the Paralympic Games in London 2012. He himself is a short-armed avowed hater of sport who cannot understand how anyone could take on such an ordeal voluntarily. Even more since everyday life for people with a disability is most often challenging enough. He meets U.S.archer Matt Stutzman, Norwegian table tennis player Aida Dahlen, German swimmer Christiane Reppe, Greek boccia player Greg Polychronidis and a Sitting Volleyball team. Niko neither spares the athletes nor himself asking questions about life, sport and fears. With an ever growing appreciation for sport Niko attends the Paralympic Games and travels back to the ancient city of Olympia, where everything began and where boccia playing is prohibited. 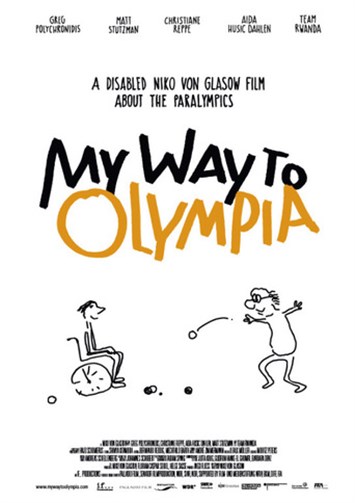