The Weight of Chains

Lej The Weight of Chains hos Itunes for 49 kr.
Menu

More than a decade after the turbulent disintegration of the Yugoslavian Republic, its former citizens are beginning to question not only the reasons behind the bloody conflicts of the 1990s, but also the true motives behind US and NATO intervention during the civil wars. Seeing an opportunity in the death of Yugoslavian political hero Josip Tito in 1980, the US embarked upon a sustained program of ‘predatory capitalism’ in the region. By first bankrupting the country, and then inciting its composite republics to declare independence in exchange for wads of US cash, the fervent nationalism and ethnic cleansing that ensued were inevitable. However, in the years leading up to the 1990, such inter-ethnic hatred was almost unheard of. In previously unseen footage, Serbian and Muslim neighbours who lived alongside each other harmoniously for years are forced to part ways as new US-implemented divisions of Bosnia take effect. Indeed, the sustained dismantling of Yugoslavian society in conjunction with the destruction of its infrastructure ensured that, when peace was finally declared in 1999, American and NATO forces were able to implement economic and ideological colonialism under the guise of valiant human rights intervention. 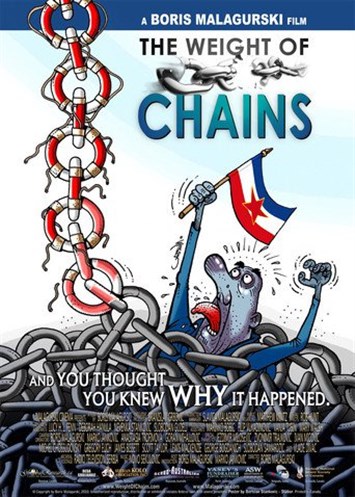