Life Is Waiting: Referendum and Resistance In Western Sahara

Forty years after being promised freedom by departing Spanish rulers, the Western Sahara remains Africa's last colony, and the Sahrawi people have lived under the oppressive occupation of Morocco since 1975. With a UN ceasefire halting all armed opposition in 1991 the Sahrawi have adopted a non-violent approach to resistance; defying their occupiers through art and music in the hope that a cultural revolution will bring them the freedom they so desire. "Sahara! Freedom! No alternative but self-determination!" screams a female protester: her arms held defiantly aloft, the flag of Western Sahara draped around her neck. Along with thousands of other Sahrawis, she has taken to the streets of Madrid in what has become an annual protest against the Moroccan occupation of her homeland. Their demands are simple: the return of their homeland to its rightful and native occupants. 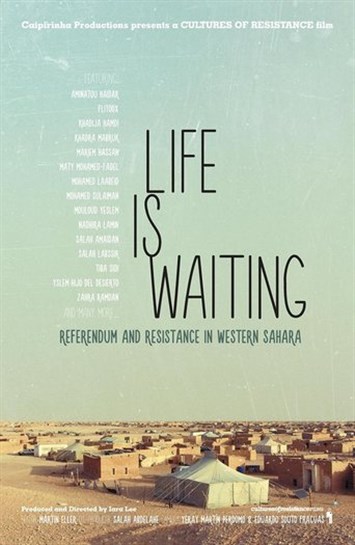