Here I Learned to Love

Itzik and Avner, the heroes of the film, arrived at a courageous decision: to use this documentary account to open up; to lay bare, perhaps for the first time since their childhood expose the wounds and scars left by their worst intimate experiences; to connect, all along the way, with their memories and with the loss of their three mothers. Their story begins in Cracow, Poland – the town of their birth. After the Germans overran Poland, all the Jews were rounded up in ghettos. Their parents and grandparents were seized and sent to the Belzits death camp. "Take care of the kids" Minda asked her sister in law and their aunt Malka adopted the two 2 and 3-year old boys and became their second mother. She fled with them from Cracow to the fields and the forests. Thus began their wanderings through Poland that were to continue for 600 days. Somehow, Aunt Malka managed to smuggle them into Slovakia and from there to Budapest. Aunt Malka knew that the trains with Jewish passenger under Germany occupancy were traveling from Budapest to Auschwitz in Poland, to the death camp there. All the trains – with one exception. Israel Kastner, was organizing a special train to carry leading members of that community to the Land of Israel (then Palestine). Neither Malka decided that she would at least try to save the boys. She was at the station on the evening the train departed and she picked up the boys and tossed them into an open wagon; And thus they became stowaways on the "Kastner train".the train ended traveled to Bergen Belsen in Germany, where they remained for 180 days.In Bergen Belsen, Naomi Meyer (20), a beautiful and loving young woman, adopted the two Polish orphans and became their third mother. When Bergen Belsen was liberated in 1944 Naomi's request to adopt the two boys was denied after other family members had been located in Palestine. In her despair, she decides to take her own life. For the children, this meant being torn from their third mother. 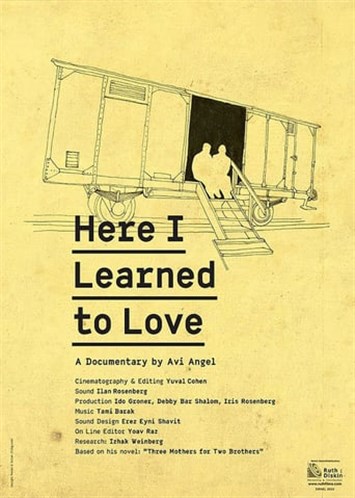