Tradition Is a Temple

Lej Tradition Is a Temple hos Itunes for 49 kr.
Menu

Tradition is a Temple explores New Orleans' unique musical culture and the fragility of tradition in the modern world. This performance-based music documentary shares intimate discussions with various iconic contemporary New Orleans musicians, highlighting their history and upbringing, while demonstrating how a musical tradition has shaped their identity, community and learning environment for the youth of the crescent city. New Orleans is unique in its history and culture, but remains a reflection of the rest of the United States. The music is described as being a like gumbo: Africa, the Caribbean, and Europe, mixed together and seasoned with history to create something new and wholly American. The featured musicians discuss how, as children, they were inspired to pursue music by the church, their community, and figures like Mr. Danny Barker. Though optimistic, the musicians acknowledge the threats to jazz music today, and remain determined to see the traditional sounds of the streets endure. Comprised of four years of interviews, cityscape cinematography, once in a lifetime studio performance and live concert footage. The film is steeped in the energetic rhythms of New Orleans’ distinct style of jazz. That same style shines through the disasters and poverty, like a musical rebellion against circumstance. 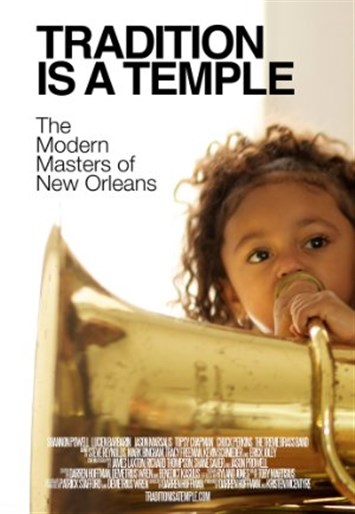