From the producer of The Case for Israel - Democracy's Outpost comes a meticulous examination of the resurgence of lethal Jew-hatred in regions around the world. Filmmaker Gloria Greenfield travels from Europe to Israel to North America, interviewing world-renowned scholars, analysts, experts in international law and media, and political leaders to cover this phenomenon comprehensively. The result of the interviews is a serious and sometimes terrifying analysis of how Jew-hatred, often masked as anti-Zionism, has permeated modern life and discourse worldwide. The viewer is taken on a journey through the evolution of Jew-hatred: from historical Christian Jew-hatred to its adaptation during the Enlightenment; to the anti-Jewish racism of the Nazi regime, which is then carried forward by Islamist ideologues. The emergence of the Muslim Brotherhood in the 1920s and '30s and its sustained role in inciting and perpetrating lethal Jew-hatred is a signficant fact that must be understood. In examining the current political assault against the Jewish people and their right to self-determination, Unmasked Judeophobia is a call to action and urgent reminder that Jew-hatred is a menace not only to Jews, but also to the human condition itself. 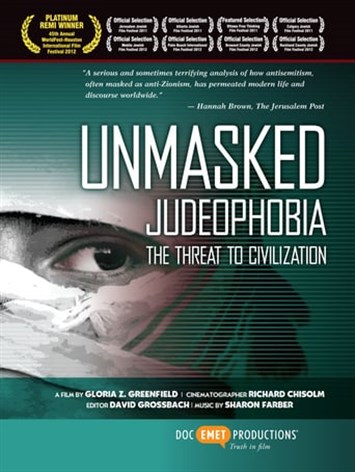